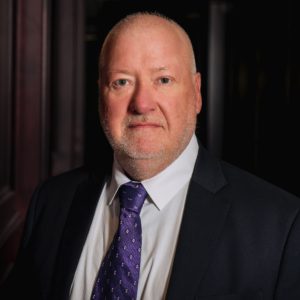 Andrew graduated from the University of Toronto, Faculty of Law in 1986. After graduating law school, Andrew articled in the Niagara Peninsula. Once Andrew was admitted to the Ontario bar in 1988, he practiced mostly in the area of mixed litigation. Andrew was admitted to the British Columbia bar in November of 1996 and subsequently moved to Beautiful BC in May of 1997.

Since 1997, Andrew has been mainly working in litigation however, for the last several years he has adapted his practice to primarily focus on insurance defence work.

Andrew has travelled extensively in Latin America and Eastern Asia.  In time away from the office Andrew enjoys travelling with his wife, Nathalie.  Andrew is also an avid reader.

The hallmark of Rory’s practice is keeping in close contact with his clients to ensure they develop a good understanding of the process and how they can contribute to a successful resolution of their case.

In 2011, Rory created HealthCare Victoria, a community resource of natural health care practitioners for patients. Rory understands that a key concern of his clients is to recover their health, but they often lack the guidance and resources to allow this to happen. Through his experience in working with natural health care practitioners, Rory guides his clients through the recovery process and ensures that they are not paying out-of-pocket for the treatment they need to recover their health.

Rory was a long serving Member of the Board of Governors of the Trial Lawyers Association of British Columbia and contributes regularly to the education and skill development of junior lawyers in the province.

Back to Team Page

Our commitment is to provide you with superior legal representation.

The information contained in this website is for general information purposes only. The information is provided by Lambert Law and while we endeavour to keep the information up to date and correct, we make no representations or warranties of any kind, express or implied, about the completeness, accuracy, reliability, suitability or availability with respect to the website or the information, products, services, or related graphics contained on the website for any purpose. Any reliance you place on such information is therefore strictly at your own risk.

This site uses cookies. By continuing to browse the site, you are agreeing to our use of cookies.

We may request cookies to be set on your device. We use cookies to let us know when you visit our websites, how you interact with us, to enrich your user experience, and to customize your relationship with our website.

Click on the different category headings to find out more. You can also change some of your preferences. Note that blocking some types of cookies may impact your experience on our websites and the services we are able to offer.

These cookies are strictly necessary to provide you with services available through our website and to use some of its features.

Because these cookies are strictly necessary to deliver the website, you cannot refuse them without impacting how our site functions. You can block or delete them by changing your browser settings and force blocking all cookies on this website.

These cookies collect information that is used either in aggregate form to help us understand how our website is being used or how effective our marketing campaigns are, or to help us customize our website and application for you in order to enhance your experience.

If you do not want that we track your visist to our site you can disable tracking in your browser here:

We also use different external services like Google Webfonts, Google Maps and external Video providers. Since these providers may collect personal data like your IP address we allow you to block them here. Please be aware that this might heavily reduce the functionality and appearance of our site. Changes will take effect once you reload the page.